To allow for the launch later this year of 4G mobile broadband, changes are being made to some digital TV transmitters. Many viewers in the South West of England will have to retune after 6am on on 27th March 2013 to continue to receive certain Freeview TV and radio channels.


At 6am on 27th March 2013, several multiplexes will change their transmission frequencies.

See below for a full list of transmission masts that will make changes.

When you now rescan, you MUST do a "first time installation" or "factory reset" scan, not an "add channels". Do the procedure you did on September 30th 2009. If you can't recall what this was, please see List of manuals for Freeview retune, or try the generic clear and rescan procedure. 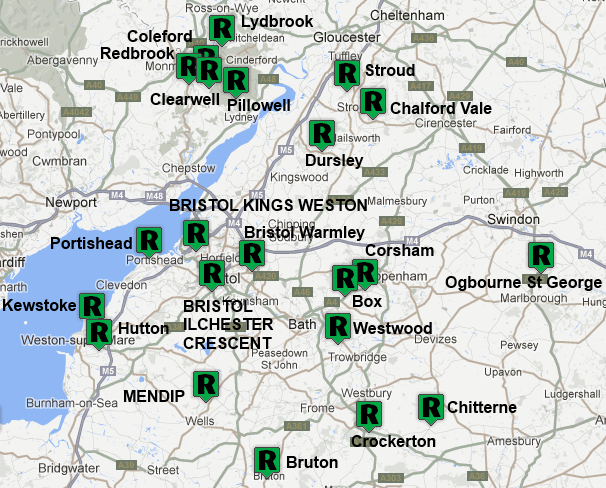 
Help with TV/radio stations?
[][][
In this section
Comments
Dave Lindsay
sentiment_very_satisfiedPlatinum
4:08 PM
Fiona: Since Wednesday, there have been quite a few reports on this site for poor or non-existant reception of the BBC services on C49, and some of difficulty with C48 also. There are quite a few (not all) of these on the south-west side of the transmitter.

Obviously we can't say whether this is or isn't due to an issue with the transmitter.

There are some viewers who may find that their aerials need adjustment:

- those using a communal aerial system

If one of the above applies then it could be the cause of your difficulty. If so then I can elaborate further as to the reason, if you wish.


Out of interest, how was C48 prior to Wednesday? Do you know if it went poorer following these changes?

The BBC is only responsible for, and only reports on, its transmitters. It is not likely to be interested in poor COM4 (ITV3 etc) signal on C48. However, perhaps if there is a fault, then there is a common cause and so if the BBC one is fixed, so too will that of COM4.

Understandably, the broadcasters are likely to receive calls from people with reception issues, but it is not broadcasters' responsibilites to fix viewers' aerials. However, "if" this issue is one which is caused by a fault at the transmitter, it is clearly the broadcasters which need to know and rectify it.

Dave Lindsay's 5,724 posts
A
Andy
4:21 PM
I am unable to get BBC on C49 from the Mendip transmitter. I am near Langport. All other channels working fine (and all including BBC were fine before 27 March) Neither Humax PVR nor Samsung TV can pick up the signals (Humax says signal very poor on C49). Have tried full resets, auto retunes and manual retunes of both.

Spoke to AT800.TV who are responsible for making sure everyone can get TV after the switchover to accomodate 4G mobile and they refused to help because it is apparently nothing to do with them (errr... the signal was moved to accommodate 4G - how is it not anything to do with them??). They gave me the number of the Radio and TV investigation service.

I have been trying all day (several hours in a queue) to get through to the radio and television investigation service which (according to its hold message) deals with problems with BBC signals. Their Number is 03709016789. Has anyone been able to use this number with any success? Were they able to help when you got through, or even acknowledge that there is a problem? The fact I have been queueing so long suggests there may be a lot of people with problems!

Andy's 7 posts
J
jb38
sentiment_very_satisfiedPlatinum
5:23 PM
Andy: As you are using a Humax PVR then what are the actual levels (percentage) being indicated for both the strength and quality? also is the quality observed to be jumping up and down or is it low but reasonably stable?

The BBC services changed frequency to clear the way for 4G services. at800 is not responsible for carrying out that change, nor for rectifying any issues.

Dave Lindsay's 5,724 posts
F
Fiona
5:29 PM
dave:
thank you...
itv 3 was fine before... it is not there at all now..
bbc was strong before and not there at all now
when i check signal on 48 and 49 they are v weak and v low to 0 quality.
i do not share an aerial, and as far as i am aware it points at mendip (towards dundry from here(bs8 on top of hill with clearview )).
itv and channel 4 strong
thanks

Fiona's 7 posts
J
jb38
sentiment_very_satisfiedPlatinum
5:31 PM
Andy: Meant also to say, that as you dont actually appear to have BBC1 stored go into your Humax's tuning menu / manual tune and enter Mux Ch49 but do NOT press search, because the level its being received at should be indicated when you enter Ch49, although it will be at a lower level to what is required to resolve a picture.

On the other channels the results were much higher (quality around 100% from what I recall).

Andy's 7 posts
Dave Lindsay
sentiment_very_satisfiedPlatinum
5:59 PM
Fiona: Keep checking the postings on this site. If it rights itself, let us know.

Whilst BBC has changed channel, and could therefore be different, C48 is the same and if comparing the before and after is different, this suggests that there has been some change.

There are others using Mendip, including Andy, who are having the same difficulty since Wednesday.

Fiona's 7 posts
R
Richard Tonkin
7:02 PM
Caldicot
I just wondered whether people suffering lack of Mendip BBC channels all have two aerials (Mendip and possibly Wenvoe) diplexed together (and in my case also going through a distribution system) or are people with a normal system (one aerial into one TV, no amplifiers etc) also suffering?

I phoned the given BBC number 03700100123 earlier today and the reaction was 'what problem? we don't know of any problems'. So how is this going to get resolved? Perhaps a twitter campaign is needed, that sometimes works so I'm told. I'm not a twitterer myself so I'm not the man to lead it.