Tonight the changes below take place. If you use these transmitters, you will need to perform a a "first time installation" retune (sometimes "Factory Reset" or "Shipping Condition") on your Freeview box or televisions set at around 6am in the morning.

If you can't recall how to do a "first time installation", you can do this: My Freeview box has no EPG, is blank on FIVE, ITV3, ITV4, ITV2+1, has no sound or the channel line up is wrong 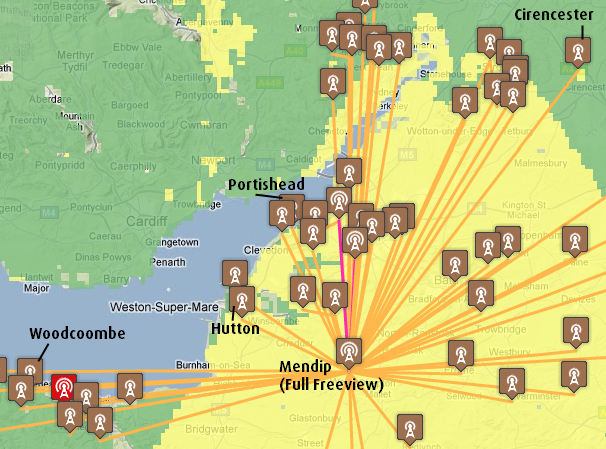 
Help with Freeview, aerials?
[][][
In this section
Comments
Briantist
sentiment_very_satisfiedOwner
9:44 AM
Ed Myer: The channel moved multiplexes, you may need to use My Freeview box has no EPG, is blank on FIVE, ITV3, ITV4, ITV2+1, has no sound or the channel line up is wrong | ukfree.tv - independent free digital TV advice to get your device to show the channel again.

Briantist's 38,844 posts
T
Trevor
5:32 PM
Thanks for that Briantist. Yes I meant I cannot see the aerial as it is in the communal loft.

Trevor's 9 posts
Briantist
sentiment_very_satisfiedOwner
9:27 PM
Trevor: I guess you are going to have to ask whoever looks after the shared aerial to deal with it, as the problem will be the same for everyone who uses it.