London and South East may switchover early in 2011

A report from the National Audit Office and the BBC reveals possible early switchover for England.

It includes a very detailed switchover schedule, both for publicity: 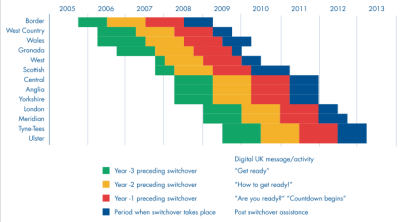 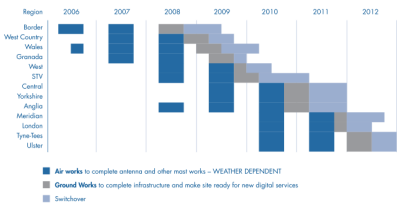 Also, the report suggests that as France will switchover in November 2011, it may be necessary to switchover London and the South and South East regions by 2011 to prevent the high-power French digital signals preventing English analogue TV reception.


Help with Which system?
[][][
In this section
CommentsYour comment please